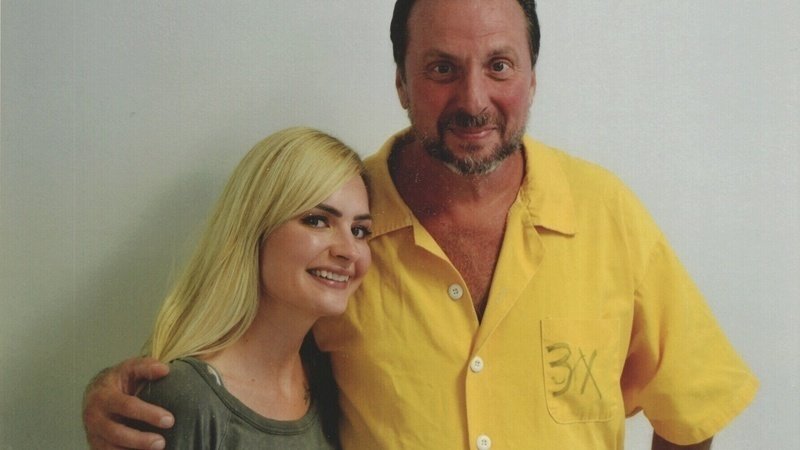 CESAL: I Never Smoked Marijuana — But I’m Serving Life In Prison Over A Marijuana Charge

“I sentence you to a term of natural life imprisonment, without the possibility of parole.”

These were the words I heard just months after the events of Sept. 11, 2001. You see, at that time, the news was filled with theories that drug dealers finance terrorists, and I had just been convicted of my first felony: conspiring to distribute marijuana. This was the newest foray into the “War on Drugs.”

The government never claimed that I bought, sold, or even used marijuana, but rather my business repaired semi-trucks for a company that trafficked marijuana. I didn’t think I was doing anything wrong, as I didn’t do anything with marijuana. I was wrong, according to the federal court in Gainesville, Georgia. My business, nestled near Chicago, was auctioned by lawyers in Georgia to pay for their services to secure the life sentence, after my home and savings were spent.

Two months ago, recreational marijuana was approved for sale by the Illinois legislature. Some of my business equipment is likely being used again to repair trucks that haul marijuana.

For over 17 years, I have watched robbers, rapists and even murderers come and go from prison. Last year, a guy in my cellblock who killed two federal marshals was paroled after serving 30 years.

I’ve been watching the news, and I’m waiting to see if we prisoners will get the right to vote.

Here at the federal prison in Terre Haute, Indiana, the cornerstone, engraved with “A.D. 1937,” reminds me that the prison opened the same year the federal government made marijuana illegal. The construction workers likely used pot while they built the prison. Looking out from my job at the prison factory, where we make blankets for the military, I can see “Death House” — where Timothy McVeigh and others died. He spent less time in federal prison than me, although his current housing is likely worse.

From Cellblock D, a couple of weeks ago before the time I wrote this, John Walker Lindh, the so-called “White Taliban” who shot CIA agents in Afghanistan, went home after serving his 20-year sentence. He came in after me, and with good time credits, served only 17 years.

To my knowledge, he never aided others who schlepped marijuana. Whew, that’s a good thing, or he’d still be here in prison with me. He was convicted of providing aid to terrorists, but for anything related to marijuana.

Prison is intended to teach offenders not to violate the law again, or simply, for those, like me, the judge deemed irredeemable, to teach the public, who may be thinking of something related to marijuana. At times, I scratch my head trying to fathom who is learning what as a result of my sentence. Bradley Manning made WikiLeaks a household word, and President Obama sent him home because he wore a dress. Maxwell Klinger, of “M*A*S*H” fame, had no such luck.

Obama also turned down my clemency request. Just what am I, or anyone else, supposed to learn from my life-for-pot sentence?

The Terre Haute prison abuts the Wabash River, which separates Indiana from Illinois. From the right places, I can see Illinois across the river, where I lived, and where marijuana distribution, and thereby marijuana conspiracy, is encouraged by state tax collectors. Did I merely have bad timing in selling services to marijuana traffickers from my perch in Illinois? Nope, federal DEA agents are still nabbing distributors in Illinois, well, because they still can. Oh, and the money from the marijuana dispensaries likely pay their salaries. Hopefully, I’ll learn my lesson in prison.

I imagine I can learn from the Federal Bureau of Prison’s paycheck collectors charged with caging me. The prison buildings are surrounded by tall fences, razor wire and cameras. No one from the media, from a family, or from an auditor can get in to see what staffers actually do inside the fence. Guards often go days without so much as seeing an inmate, if they even show up for work. Most will spend more years receiving retirement benefits from the job than they spent actually working.

A sentence of life means a sentence until death. Staff are flummoxed trying to discern what to put in the Federal Bureau of Prisons Form for my release date. Death won’t work. It must be a number. The last time I checked, they were writing 2028. Remember, nobody is coming over the fence and razor wire to check on the paperwork. But no release is imminent.

The sentencing judge determined I am a marijuana reprobate. I am thus irredeemable, and unworthy of anything other than final damnation in prison. Murderers are released after 13.4 years on average, according to the Department of Justice, and a terrorist can go home after 17 years. But I am a prisoner of the War on Drugs. There’s no hope for me under existing federal law.

I’ve learned my lesson, and lawmakers should be pushed to learn a lesson. Federal drug laws, especially marijuana laws, are long overdue for reform. The “fix” must also include sensible relief for prisoners of the failed War on Drugs.

Craig Cesal is serving a sentence of life without the possibility of parole in Indiana’s Terre Haute prison for a “marijuana” offense. He co-owned a towing company that recovered and repaired trucks for a rental company, some of which were used by smugglers to transport marijuana. He graduated from Montini High School in Lombard, Illinois in 1977. His daughter, Lauren, has obtained more than 300,000 signatures on a petition calling for clemency.”

The views and opinions expressed in this commentary are those of the author and do not reflect the official position of The Daily Caller.