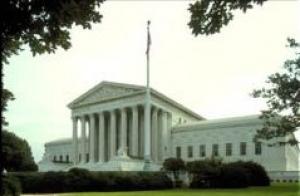 A mostly great piece in Rolling Stone this weekend, "Obama’s Pot Problem," missed the mark on the federal preemption question — can the feds shut down Washington and Colorado’s legalized regulation systems? Tim Dickinson wrote the following on that subject:

[T]he administration appears to have an open-and-shut case: Federal law trumps state law when the two contradict. What’s more, the Supreme Court has spoken on marijuana law: In the 2005 case Gonzales v. Raich contesting medical marijuana in California, the court ruled that the federal government can regulate even tiny quantities of pot – including those grown and sold purely within state borders – because the drug is ultimately connected to interstate commerce. If the courts side with the administration, a judge could issue an immediate injunction blocking Washington and Colorado from regulating or taxing the growing and selling of pot – actions that would be considered trafficking under the Controlled Substances Act.

But a former Bush administration official quoted in the New York Times on Thursday, former DOJ civil division head Gregory Katsas, made the opposite prediction. Katsas was "skeptical" that a preemption lawsuit would succeed, according to the Times. Why? Perhaps because it’s not just that the feds can’t force states to criminalize drug possession, as Kevin Sabet selectively pointed out to Dickinson. It’s also the case that they probably can’t directly force the states to criminalize sales either. The Controlled Substances Act in fact leans against federal preemption of state drug policy, as pointed out in a law professors brief on preemption submitted in a California case this year.

Dickinson also pointed out that federal officials had used threats to prosecute state employees involved in implementing regulations for medical marijuana. In my opinion the US Attorney letters were deliberately vague — scary enough to influence state officials, but in most if not all cases stopping short of explicitly making that threat. A better piece of evidence, I think, is that in 16 years of state medical marijuana laws, no federal prosecutor has ever tried to actually invalidate such a law in court, not even after the Raich ruling. Why not? They must not think they have a slam dunk case. And if preemption is not a slam dunk for medical marijuana, then it’s not a slam dunk when it comes to legalization either, although there are additional arguments to throw against full legalization.

The reality is that no one knows how this will turn out if it goes to court. Raich established that federal police agencies can use their powers in medical marijuana states to continue to criminalize marijuana federally, justified by the Interstate Commerce Clause. But that is not the same as having the power to forbid states from granting exceptions to the states’ own anti-marijuana sales laws, which in legal terms is what the regulatory frameworks do, and plenty of smart lawyers are skeptical that they can do that. This is not a slam dunk either way.