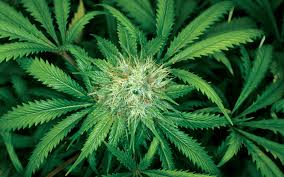 Marijuana is now legal in two states, and local politicians across the nation seem eager to expand that number, so let’s take a look at the kind of support these lawmakers are getting from their governors and U.S. senators. Here’s a GIF showing every governor and senator who has come out publicly in favor of legalizing weed, a stance now shared by over half the nation, according to some polls:

That’s right — out of 50 governors and 100 U.S. senators, not a single one has announced support for full legalization, even in Colorado and Washington, which have already passed laws legalizing the sale of recreational marijuana.

Colorado Gov. John Hickenlooper (D) has repeatedly said he respects the will of his state’s voters, who approved Amendment 64 by a 10-point margin in 2012. But he’s also maintained that he “hates” the “experiment” and believes it will ultimately be detrimental to Colorado. In Washington, which will begin legal marijuana sales later this spring, Gov. Jay Inslee (D) told The New York Times that while he understands some of the reasons for ending marijuana prohibition, he has concerns about the law’s possible effects on children. Nationwide, only Vermont Gov. Peter Shumlin (D) has said he’s willing to discuss the prospect of legalizing pot, though Rhode Island Gov. Lincoln Chafee (D) did tell HuffPost Live that the potential revenue stream was “enticing” and that he wouldn’t rule out the idea.

Here Are All The U.S. Senators And Governors Who Support Legalizing Marijuana.