Since 1985 cigarette packages sold in the United States have carried four rotating warnings from the surgeon general, including this one: “Smoking by Pregnant Women May Result in Fetal Injury, Premature Birth, and Low Birth Weight.” Since 1989 the labels of alcoholic beverages have included this government-mandated warning: “According to the Surgeon General, women should not drink alcoholic beverages during pregnancy because of the risk of birth defects.” This week the American Medical Association (AMA) proposed a similar label for cannabis products:  “Marijuana use during pregnancy and breastfeeding poses potential harms.”

The proposed warning represents a concession to political reality by the AMA, which opposes marijuana legalization but seems to recognize that pot prohibition is inexorably crumbling. The AMA’s wording is notably milder than the warnings for tobacco and alcohol—appropriately so, since the evidence that cannabis consumption during pregnancy can harm the fetus is less clear than the evidence that smoking and heavy drinking can. In any case, providing information about marijuana’s hazards is surely preferable to the punitive moralism of the war on drugs. 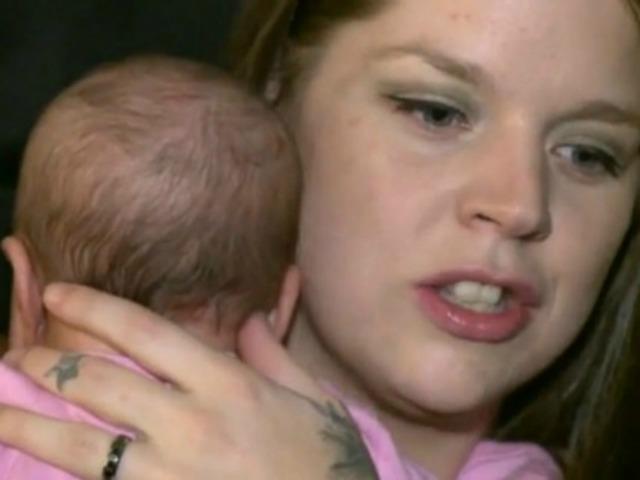 The latter approach still prevails in most of the country, as illustrated by what happened to Hollie Sanford and her baby girl, Nova. After Sanford gave birth at Cleveland’s Fairview Hospital on September 26, Nova was snatched away from her because the newborn’s first stool tested positive for a marijuana metabolite. Against the recommendation of county social workers (who are usually the villains in stories like this), Cuyahoga County Juvenile Court Magistrate Eleanore Hilow decided the drug test result by itself justified separating Nova from her parents. They were not reunited until last week, after a judge overruled Hilow.

Sanford used cannabis tea to treat morning sickness and severe sciatic nerve pain while she was pregnant with Nova, as she had when she was pregnant with Nova’s brother, Logan, who is now almost 2. Her research convinced her marijuana was a safer choice than the painkillers she had been prescribed, and she may be right about that. The Food and Drug Administration puts opioids such as hydrocodone and oxycodone in Category C, meaning “animal reproduction studies have shown an adverse effect on the fetus and there are no adequate and well-controlled studies in humans,” although “potential benefits may warrant use of the drug in pregnant women despite potential risks.” The evidence concerning marijuana’s effects on fetuses is likewise mixed and incomplete.

The National Institute on Drug Abuse, whose raison d’etre is highlighting the hazards of illegal intoxicants, says “research in rats suggests that exposure to even low concentrations of THC late in pregnancy could have profound and long-lasting consequences for both brain and behavior of offspring.” It adds that “human studies have shown that some babies born to women who used marijuana during their pregnancies respond differently to visual stimuli, tremble more, and have a high-pitched cry, which could indicate problems with neurological development.” NIDA also notes that “children prenatally exposed to marijuana are more likely to show gaps in problem-solving skills, memory, and the ability to remain attentive.” But it admits that “more research is needed…to disentangle marijuana’s specific effects from other environmental factors, including maternal nutrition, exposure to nurturing/neglect, and use of other substances by mothers.”