Lepp, age 64, hailed as a “marijuana martyr” by supporters 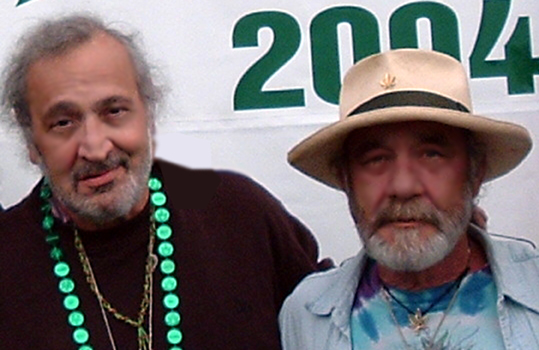 SAN FRANCISCO — Free after eight years of federal imprisonment, one of the nation’s most celebrated cannabis convicts came home to California on Wednesday, walking off a United Airlines flight into the warm embrace of supporters — and a profoundly changed world.

Charles “Eddy” Lepp, a defiant 64-year-old Vietnam vet and ordained Rastafarian minister, was convicted on federal felony charges in 2007 for doing something that California now considers legal because of last month’s passage of Proposition 64: growing marijuana.

Then he vowed to fight for national legalization of cannabis and presidential pardons for first-time nonviolent drug offenders.

“Just because I went to federal prison doesn’t mean I got off the horse,” said Lepp, who will be on drug-monitored probation for five years. “It is still a long, long ride — and I’ll be there when it’s done.”