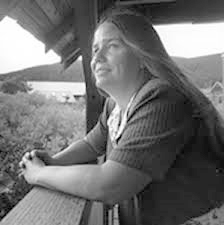 In September 2013, Boulder was soaking wet, but on the 23rd the rain stopped, the clouds parted and the sun shined down on the bricks of Pearl Street. It was there Laura Kriho joined a group of cannabis freedom fighters who gathered to hand out hundreds of free joints amid spontaneous chants of “Free the weed!” As with any good protest chant its meaning wasn’t just literal, but symbolic of a bigger picture.

The weed given away that day had been in jail, actually locked in an evidence room for the past two years. When it was released to lawyer Rob Corry, he, Kriho and others in the activist community decided to give it away. They hoped to call attention to the marijuana tax issue appearing on the upcoming November ballot as Proposition AA, a marijuana tax hike to which they were staunchly opposed.

Kriho thought that Amendment 64 was already too strict and the additional taxes that would be instituted with Proposition AA were a step backwards, away from a free market and toward prohibition. Later that week, Kriho wrote about the giveaway in a guest column for “Weed Between the Lines” in Boulder Weekly: “This tax debate highlights what has become a very clear division between cannabis supporters. There are those who support an expensive ‘strict regulation’ model paid for by high taxes, and there are those who continue to support simple “legalization” with reasonable taxes and regulations.

“To most people, ‘legalization’ means that prohibition laws are repealed, people are no longer punished for cannabis use, and police resources are used to fight serious crimes. However, A64’s ‘strict regulation’ model does the opposite of this in many cases. The A64 model allows some people to have some marijuana at some times, but it continues marijuana prohibition for other people with other amounts of marijuana at other times.”

A cannabis activist in Boulder since 1992, Kriho didn’t just fight for legalization, but for “marijuana freedom” beyond regulation, taxes and industry. Whether working to legalize industrial hemp at the federal level in the mid-’90s, ushering in Amendment 20 to bring medical marijuana programs to Colorado in the aughts or for patient’s rights and adult-use cannabis in more recent years, Kriho was a staple of the front lines, fighting to liberate cannabis from prohibitionist laws and attitudes.

Friend, fellow activist and chairman of the U.S. Marijuana Party William Wayward Chengelis remembers the day he met Kriho, in 2008 at a Youth International Party rally taking place at the Democratic National Convention in Denver.

“I’d heard about her before — I mean, when you look at hemp or cannabis in the state of Colorado, Laura’s been there since the beginning — she’s always been there,” he says. “And now that I’ve known her and worked by her side I can say that she always stood up for what she believed and never backed down, not once. She was a yippie through and through.”

A term from the ’60s for politically active hippies fighting for freedom and against war, Kriho wore the yippie badge proudly, but it wasn’t always easy. People didn’t always like her, even more people disagreed and still more categorically wrote her views off as unrealistic.

On top of that, she wasn’t successful half as much as she was unsuccessful. Her early federal hemp bills were killed in the Senate, year-after-year, the medical policies she espoused were disfigured beyond recognition by the time they made their way to state law and despite fighting against Amendment 64 because it was too regulated, too corporate and too prohibitionist, it passed. Even Proposition AA, which she sought to combat by handing out free joints, passed by a wide margin. And yet her influence cannot be overlooked nor her tenacity understated.

“One of the things about us yippies is that we get in your face,” Chengelis says. “Laura got in people’s faces. Sometimes she won, sometimes she lost, but she never gave up.“

For Kriho, there was no such thing as compromise and concession was not an option — she knew her stuff, knew what she believed in and didn’t temper herself in voicing her opinions. In many ways she was the epitome of Trump’s “nasty woman,” a term hurled as an insult but claimed as a heroic trait, and it is precisely in this spirit that she and her activism gain their most salient legacy.

“Her and I have two philosophies in life,” Chengelis says. “First, what you don’t know, learn. What you do know, teach.

“The other is: Show up, do the work and hope for positive results. That is where her and I met and that’s where we always agreed. You gotta get out there and you gotta do it. You can say whatever you want, but if you do not show up and do the work, nothing gets done.”