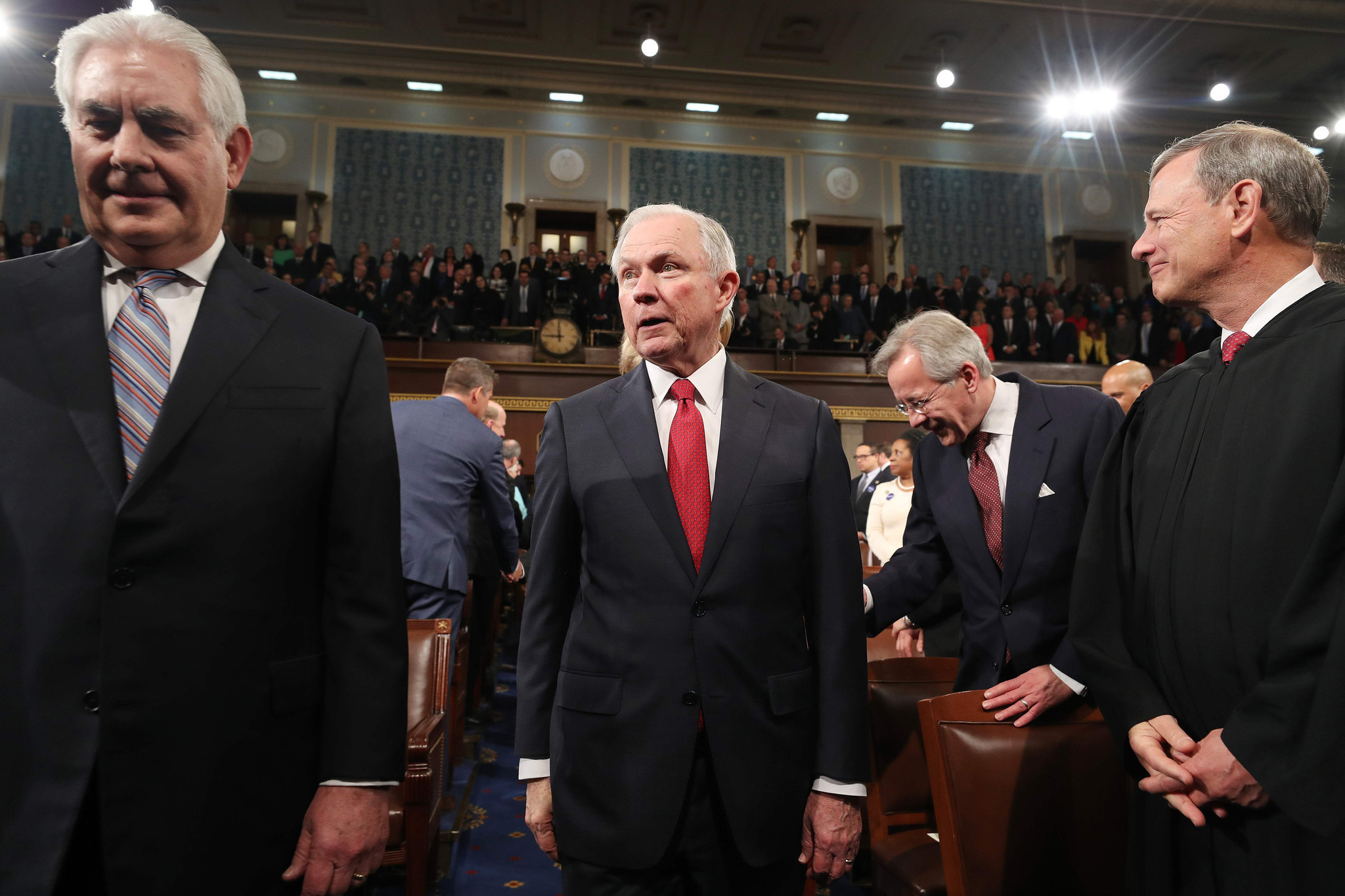 Attorney General Jeff Sessions is defending his meetings with a Russian diplomat The Washington Post reports Sessions met twice with Russia’s ambassador during the presidential campaign and did not disclose it.

Now some Democrats want the attorney general to resign or at least keep away from the FBI investigation he’s overseeing into Russian interference in the U.S. presidential election.

INSKEEP: Here’s what we know. Sessions was a senator at the time of the reported meetings, and he was also advising presidential candidate Donald Trump.

MARTIN: The Post found Sessions met twice with Russia’s ambassador, including once in September, the height of the campaign. After the election, at his Senate confirmation hearing to become attorney general, Sessions said he didn’t know of any Trump campaign meetings with Russia.

JEFF SESSIONS: Senator Franken, I’m not aware of any of those activities. I have been called a surrogate at a time or two in that campaign, and I didn’t have – not have communications with the Russians, and I’m unable to comment on it.

INSKEEP: Sessions was answering Senator Al Franken, who now says if The Post report is true, Sessions must recuse himself from any decisions about the Russia probe. Republican Senator Lindsey Graham said the same last night on CNN.

MARTIN: Attorney General Sessions and other officials do not appear to explicitly deny meeting Russia’s ambassador. They do suggest the meetings were not relevant to the election. In a statement last night, Jeff Sessions said he has, quote, “never met with any Russian officials to discuss issues of the campaign. I have no idea what this allegation is all about. It is false.”

CONTINUE READING AND TO AUDIO!