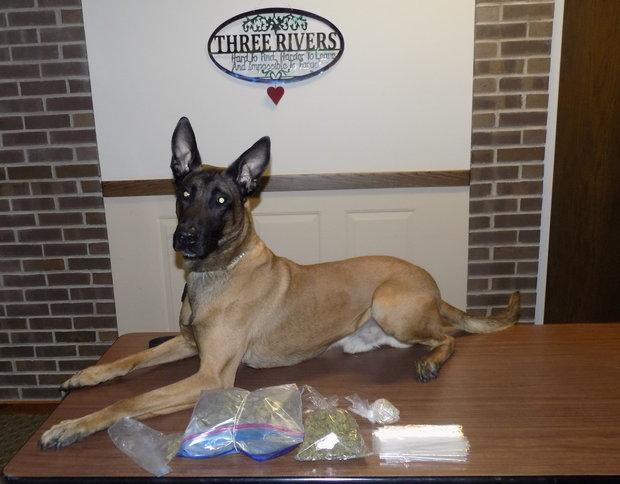 THREE RIVERS, MI — Police arrested a 22-year-old Elkhart man after a traffic stop for defective equipment and a K9 search that revealed about nine ounces of marijuana, police say.

On Saturday evening, June 10, a police officer pulled over a maroon SUV for a defective equipment violation and determined the driver had a suspended license, a Three Rivers Police Department news release states.

Police arrested the driver and found a small amount of marijuana in his pocket. He refused consenting to a search of the vehicle.

Police called in K9 Django and proceeded with a search after the investigation showed reasonable suspicion that more drugs could be in the car, police said.

Django conducted an exterior search for the odor of drugs and gave a positive alert.

Officers entered the SUV and found about nine ounces of marijuana packaged for sale.

The man was lodged at the St. Joseph County Jail on felony drug charges. The vehicle and currency were seized under civil drug forfeiture laws, police said.