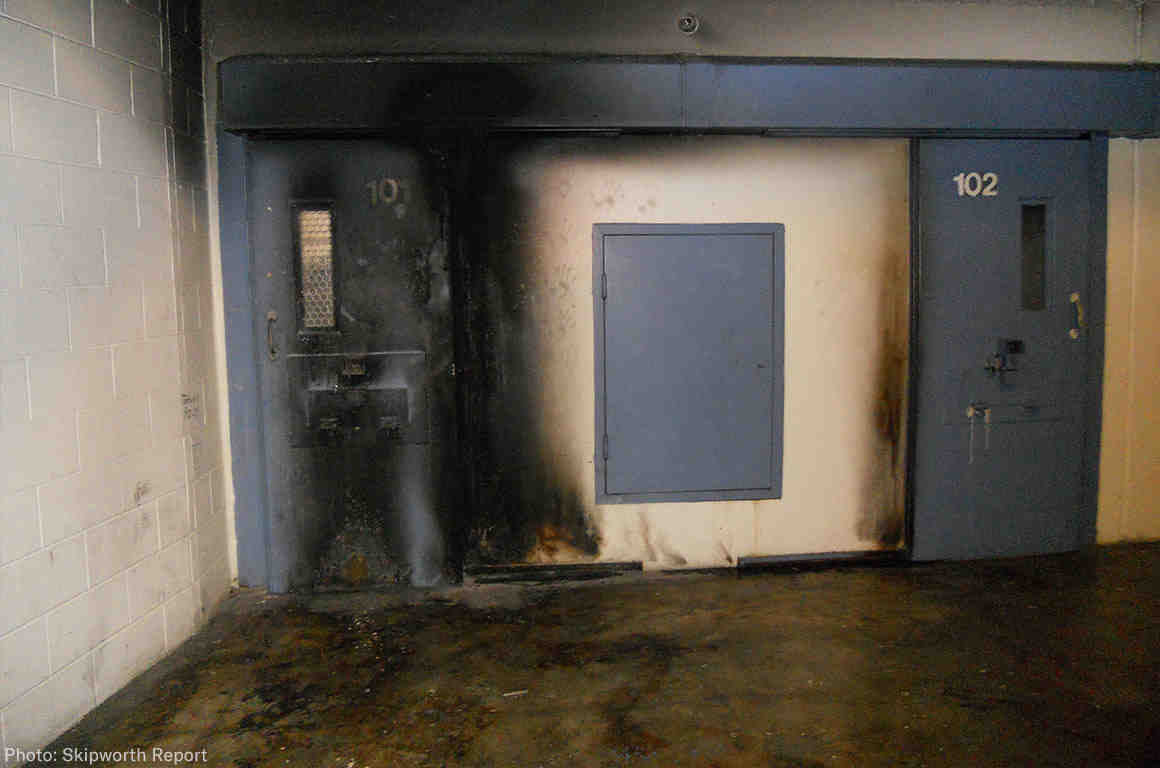 At the East Mississippi Correctional Facility, where Mississippi sends some of the most seriously mentally ill people in the state prison system, even the most troubled patients are routinely ignored and the worst cases of self-harm are treated with certain neglect. The conditions at EMCF have cost some prisoners their limbs, their eyesight, and even their lives.

In 2013, the ACLU, Southern Poverty Law Center, and prisoner rights attorney Elizabeth Alexander filed a class-action complaint on behalf of all the prisoners held at EMCF. As the case heated up, the law firm of Covington & Burling LLP joined as co-counsel, providing major staffing and support. Despite years of attempts by Mississippi to derail the lawsuit before our clients even saw the inside of the courtroom, the case will finally proceed to trial Monday.

The lawsuit against EMCF describes horrific conditions at the facility: rampant violence, including by staff against prisoners; solitary confinement used to excess, with particular harm to prisoners with mental illnesses; and filthy cells and showers that lack functional toilets or lights. It also sheds light on a dysfunctional medical and mental healthcare delivery system that puts patients at risk of serious injury and has contributed to deaths in custody.

Nowhere was this institutionalized neglect more clear than in the life, and death, of T.H., a patient at EMCF with a history of severe mental illness and self-harm. On Jan. 31, 2016, T.H. stuck glass into his arm. Instead of sending him to the emergency room, a nurse merely cleaned the wound with soap and water. The following day, he broke a light bulb and inserted the shards into his arm. This time he required eight stitches.

Less than two weeks later, he cut himself with a blade hidden in his cell and then tried to hang himself. It was only later that month, after he reopened his arm wound with more glass, that mental health staff finally placed him on special psychiatric observation status.
Yet, because he wasn’t properly monitored, T.H.’s series of self-injury continued unabated until April 4, 2016. Early that afternoon, he stuck his arm, dripping in blood, through a slot in his cell door and asked to see the warden. A lieutenant saw T.H.’s bloodied arm, but, rather than call for emergency assistance, simply left the area. Two hours later, T.H. was observed unresponsive on the floor of his cell.

In response, the prison warden opted to call for a K-9 team to enter the cell with dogs before letting medical professionals examine the patient. By then it was too late — T.H. was dead, having strangled himself with materials from inside his cell. He never once had a proper suicide risk assessment or any treatment to address his self-harm.

The lackadaisical and unconstitutional approach that EMCF staff takes toward prisoner healthcare cost T.H. his life and has caused well-documented suffering among countless other mentally ill prisoners. And it all happens in the context of a prison rife with violence, where security staff often react with excessive force to mental health crises and allow prison gangs to control access to necessities of life, including at times food.

The Constitution requires that if the state takes someone into custody, it must also take on the responsibility of providing treatment for their serious medical and mental health needs. This means, among other measures, hiring qualified medical staff to provide necessary care for people with mental health disorders, creating systems for access to care so sick patients can see a mental health or medical clinician, and making sure that medical care is provided without security staff impeding it.

The ACLU and our co-counsel are fighting to ensure that such care is available at EMCF, where the state of Mississippi has continued to lock some of the most vulnerable prisoners in dangerous and filthy conditions and deny them access to constitutionally required mental health and medical care.

I witnessed those conditions firsthand when I visited EMCF in January 2011 with fellow ACLU attorney Gabriel Eber and two medical and mental health experts. At that time, we were horrified to discover that Mississippi’s designated mental health prison was closer to a vision of hell on earth than a therapeutic treatment facility.

When I walked into one of the solitary confinement units, the entire place reeked of smoke from recent fires. I tried to speak to patients about their experiences, but I could barely hear them over the sounds of others moaning and screaming while they slammed their hands into metal cell doors.

Despite repeated warnings from nationally renowned experts brought in to assess conditions at the prisons, a meeting with top Mississippi Department of Corrections officials, and an offer by the ACLU to help MDOC pay to diagnose and fix the problems at EMCF, Mississippi officials permitted these conditions to continue unabated. Rather than take responsibility for fixing this prison, these officials merely switched contractors. In 2012, they swapped out private prison giant GEO Group, Inc. and replaced them with another private prison company, Management & Training Corp., which is perhaps best known for its horrific record of abusing and neglecting immigrant detainees. The state has also switched prison medical contractors multiple times, with little improvement from one to the next.

But the nightmare might soon be over. Over seven years since we first visited the cesspool that is EMCF, our clients will be allowed in court for the first time, asking that their constitutional rights finally be recognized. That recognition won’t undo the great harms they’ve suffered. But by fulfilling the Constitution’s promise of protection, we can stop new harms and horrors at EMCF, of which there have been too many for too long.