(Reuters) – Zach Lazarus, chief executive officer of A Green Alternative, a marijuana dispensary in San Diego, California, has lost count every time he re-opened a bank account after it was closed because of his connection to the cannabis industry.

Lazarus has had to play a game of “whack-a-mole” with banks, likening his frustrations to a popular arcade game in which a player repeatedly gets rid of something only to have it re-appear somewhere else.

“We have had Chase Manhattan and Wells Fargo shut us down … my wife’s personal bank accounts and credit cards have been shut down as well, all because I‘m in the cannabis industry,” he says.

Lazarus and other marijuana business owners in the $8 billion industry resort to cash-only transactions for business and to pay employees because they cannot get access to banks.

Despite making legal inroads in the United States, with California the latest state to legalize marijuana for recreational use starting Jan. 1, owners still feel the pinch.

The main problem is the classification of marijuana as a Schedule I controlled substance by the U.S. Food and Drug Administration, alongside heroin, LSD, and ecstasy – making it almost impossible to get banking services.

Banks are governed by federal laws and doing business or extending services to the firms means tougher scrutiny, often at significant costs, as banks have to do their own due diligence to prove transactions are legal.

They are required to prove that the firms are not selling to minors, funding crime groups, and not using the pretext of selling marijuana to push illegal drugs among other things.

A poll conducted by industry publication Marijuana Business Daily in 2015 showed 60 percent of the companies operating in the cannabis industry reported not even having a basic bank account.

The void makes it hard for cannabis companies to conduct basic financial transactions such as deposit money, receive federal insurance or pay taxes.

“Most marijuana companies have a courier service, or a Brinks truck, or a big wheelbarrow full of cash that they send to the Internal Revenue Service to pay their taxes,” says Stuart Titus, CEO of California-based Medical Marijuana Inc (MJNA.PK).

With an estimated 165,000 to 230,000 full and part-time workers, according to Marijuana Business Daily, many marijuana business owners pay their employees in cash. bit.ly/2nQBeYw

“It is basically a kind of underground, cash-based economy,” said Titus.

Sapphire Blackwood, director of public affairs for the Association of Cannabis professionals, says she got paid in cash at her last firm, a San Diego-based cannabis consulting company.

“Because I get paid in cash, and even though I did no illegal activity, I’ve had to deposit so much cash every week and every so often … I felt like I was being stared at by the banks. It’s frightening,” she said.

Blackwood’s current firm also had banking problems. All the deposit accounts were closed because the word “cannabis” was in the name of the company, she said.

Workarounds exist but most are borderline unethical. 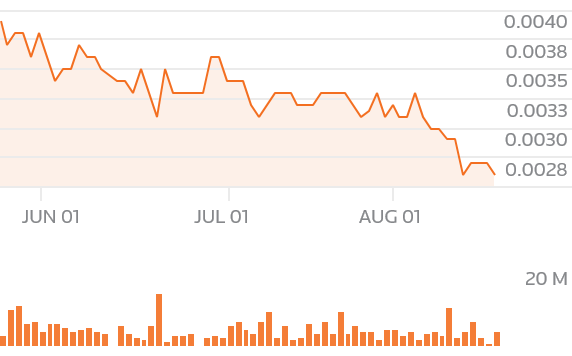 A widely-used practice is to create a shell or a holding company whose operations are acceptable to banks, and conduct financial transactions through the holding company.

“In many states that have legalized cannabis, pot companies deposit cash under a different description,” says Tim McGraw, CEO of Canna-Hub, a California-based real estate development and property management company for the cannabis industry.

“A lot of operators set up accounts as real estate management companies or call themselves ‘medical marijuana’ companies when they are anything but,” McGraw added.

Others use personal bank accounts to deposit cash earned from the sale of products, wire payments to employees and pay companies.

However, California’s state treasurer John Chiang wants the state to consider creating a public/government-owned bank that could serve cannabis companies.

Chiang’s office formed a group made up of representatives from law enforcement agencies, banks, taxing authorities, local government and the cannabis industry.

It held several meetings with owners to discuss ways to alleviate banking challenges and make information more available to banks for better transparency.

Talks have also begun to form a multi-state group to lobby Congress to ease federal regulations for marijuana companies and remove the Schedule I drug classification.

But it will be an uphill battle. In November, Attorney General Jeff Sessions at a congressional hearing said former President Barack Obama-era guidelines on cannabis will remain, meaning even though a state can legalize marijuana, it will continue to be illegal on the federal level.

To view a graphic on Legalization legislation jpg, click on this link: tmsnrt.rs/2AC91Hk

Reporting By Aparajita Saxena in Bengaluru; Editing by Bernard Orr