Washington DC – In a joint statement released yesterday, President Obama and Canadian Prime Minister Justin Trudeau promised that their two countries would “play a leadership role internationally in the low carbon global economy over the coming decades.” They announced new commitments to work together to boost investment in clean energy; establish a pan-Arctic marine protection network and low-impact Arctic shipping corridors; limit greenhouse gas emissions, including methane; and pursue a number of other initiatives designed to slow global warming and speed up protection of the fragile Arctic.
Below is a response statement by the Indigenous Environmental Network and the Alaska Native network – REDOIL.

“We welcome President Barack Obama and Prime Minister Justin Trudeau’s bilateral dialogue and joint statement on Climate, Energy and Arctic Leadership.  IEN particularly welcomes the commitment to respect and promote the rights of Indigenous peoples in all climate change decision making. The stated commitment to cut methane emissions from oil and gas operations is admirable and is a strong step towards reducing North America’s greenhouse gas (GHG) emissions. It is encouraging to hear these leaders talk publicly about reducing GHG emissions and the threat methane poses to overall climate stability.
However, we are concerned that this U.S.-Canada shared vision also promotes a business as usual approach with no further commitments to building a 100 percent clean economy by 2050 and keeping at least 80 percent of fossil fuels in the ground. It appears to rely on carbon trading and offsets as solutions, which only allow carbon pollution to continue at the expense of the communities most affected, including communities in Alaska.

The Joint Statement says the US and Canada intends to implement their INDC (Intended Nationally Determined Contributions) pledges for emission cuts as well as providing help to developing country partners. However, citizens need to know these INDCs are a farce. They will not prevent the stabilization of the global temperature to the 1.5 OC aspiration threshold cited in the Paris Agreement. Instead some scientists project that if we implement the current INDCs on the table, we could see global temperature rise by as much as 6 to 8 degrees Celsius by the end of this century.

Furthermore, IEN rejects the integration of mega-hydro power as renewable energy, as stated in the Joint Statement. IEN is reminded of the Pimicikamak Cree Nation of Manitoba, Canada whose lands are flooded by a mega-hydro dam, who are vehemently opposed to US and Canadian renewable energy standards that allow energy generated by mega hydro dams to be classified as renewable energy.  This rejection also applies to agrofuel and large format biomass projects that use native and GE trees and tree plantations as energy sources for power generation. Under the Statement’s section on the acceleration of clean technology innovation, Obama and Trudeau include strengthening unconventional oil and gas and carbon capture and storage (CCS). This means more hydraulic fracturing development that many community-based Indigenous peoples are rejecting.  CCS is also not supported by many Indigenous peoples, as it violates indigenous natural laws and traditional knowledge.”

The Joint Statement also makes a lot of reference to the Arctic.

Faith Gemmill, Executive Director of Resisting Environmental Destruction on Indigenous Lands (REDOIL), a grassroots Alaska Native group in Alaska states:
“The Joint Statement’s mention of Indigenous sovereignty and inclusion of Indigenous rights is a particularly bitter pill to swallow for Alaskan Natives. We’ve seen our ancestral lands transferred to corporate entities created by land claims and our rights traded for profit at any and all cost. The sovereign authority of Alaska Natives continues to be undermined along with our ancestral ways of life. Business as usual with oil, gas, coal development is devastating and only compounds the effects of climate change.

“Our reality calls for our land and ecosystem to be left intact, that our rights as Indigenous peoples remain intact.   We do not support any agreement, which would continue to threaten our ability to engage in our traditional ways of life. The Joint Statement does little to address this reality, but calls for false solutions such as carbon markets and offsets to somehow end the reality of melted glaciers and sea-ice, rising sea levels, and the pollution of our Arctic homelands.”

“For our people, the 15 rural communities that comprise the Gwich’in Nation of Alaska and Canada, protection of the Coastal Plain of the Arctic National Wildlife Refuge has always been an international issue. The food security and human rights of the Gwich’in are directly tied to the Porcupine Caribou Herd whose calving and nursing grounds are on the Coastal Plain. Our Ancestral knowledge has long indicated what Western science only more recently has validated – that the Coastal Plain is the biological heart of the Arctic Refuge. We urge President Obama and Prime Minister Trudeau to take immediate actions now for further protections as we face continued threats of oil drilling for this sacred and biologically critical area.”

The alarm is ringing again for Kentuckians who already stopped one potentially hazardous pipeline project. Public backlash plugged plans for the Bluegrass Pipeline, which included building 180 miles of new pipeline to help transport natural gas liquids from the Northeast to the Gulf Coast. Now, less than a year later, another pipeline for the fracking industry is in the works – this time to repurpose the Tennessee Gas Pipeline to move natural gas liquids. Environmental advocate Chris Schimmoeller calls it "a far different beast" from natural gas.

The Tennessee Gas Pipeline system currently travels just over one-thousand miles from Pennsylvania to Louisiana. Installed primarily in the 1950s, it runs 256 miles through 18 Kentucky counties. Campbellsville, Danville, Glasgow, Morehead and Richmond are among the towns near its path.

With this second pipeline controversy brewing in Kentucky, citizens who united to stop the Bluegrass Pipeline are hosting a summit tomorrow (November 8) in Lexington about fracking. Schimmoeller, one of the summit’s organizers, says there will also be a focus on how to move away from fossil fuels.

The case to ban fracking grows stronger every day. Fracking is short for hydraulic fracturing. It’s a water-intensive process where millions of gallons of fluid — a mix of water, sand, and chemicals, including ones known to cause cancer — are injected underground at high pressure to fracture the rock surrounding an oil or gas well. This releases extra oil and gas from the rock, so it can flow into the well.

But the process of fracking introduces additional industrial activity into communities beyond the well. Clearing land to build new access roads and new well sites, drilling and encasing the well, fracking the well and generating the waste, trucking in heavy equipment and materials and trucking out the vast amounts of toxic waste — all of these steps contribute to air and water pollution risks and devaluation of land that are turning our communities into sacrifice zones. Fracking threatens the air we breathe, the water we drink, the communities we love and the climate on which we all depend. That’s why over 250 communities in the U.S. have passed resolutions to stop fracking, and why Vermont, France and Bulgaria have stopped it.

Why a Ban? Can Regulations Make Fracking Safe?

Ban Fracking in Your Area

No. Fracking is inherently unsafe and we cannot rely on regulation to protect communities’ water, air and public health. The industry enjoys exemptions from key federal legislation protecting our air and water, thanks to aggressive lobbying and cozy relationships with our federal decision makers (the exemption from the Safe Drinking Water Act is often referred to as the Cheney or Halliburton Loophole, because it was negotiated by then-Vice President Dick Cheney with Congress in 2005). Plus, the industry is aggressively clamping down on local and state efforts to regulate fracking by buying influence and even bringing lawsuits to stop them from being implemented. That’s why fracking can’t be made safe through government oversight or regulations. An all out ban on fracking is the only way to protect our communities. 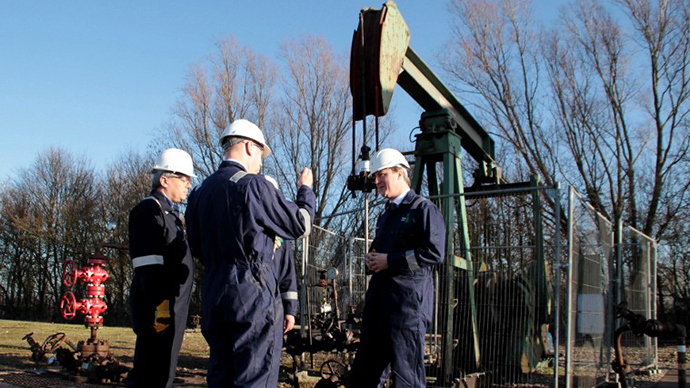 British government officials have been collaborating in private with shale gas companies to manage the public’s hostility to fracking, it was revealed in emails released under freedom of information act.

The UK government has been found sharing pre-prepared statements with shale gas bosses as well as meeting for elaborate dinners, as well as tet-a-tet for “further discussion over post dinner drinks”. The fracking industry also shared lists with the government of ‘stakeholders’ to be targeted.

The emails were sent throughout 2013. In one email discussing contentious policy plans the Department of Energy and Climate Change (Decc) apologizes to the UK Onshore Operatives Group (UKOOG): “Sorry to raise your blood pressure on this subject again, no expletives please!”

Another email from Centrica to Decc officials warned that officials in Lancashire County Council (a country which has seen earth tremors from exploratory fracking) were not convinced there was enough government regulation for shale gas.

“The most common theme [of a county council meeting] was that separate onshore regulation is needed of shale, they clearly don’t feel totally comfortable with the current situation/or understand how it will work,” the email read.

But Decc emailed UKOOG before a review by Public Health England of the health and environmental impact of fracking that the regulation was already sufficient.

“We are confident that there is robust appropriate regulation in the UK to ensure safe operations that minimize impacts to human health.”

In yet another email Ken Cronin, UKOOG’s chief executive, tells Duarte Figueira, head of unconventional gas and oil at Decc: “Thanks for a productive meeting (it’s like being set homework).” A demonstrator holds a placard at the protest camp, near the entrance to a site run by Cuadrilla Resources, near Balcombe in southern England August 16, 2013. (Reuters / Stefan Wermuth)

Lawrence Carter, an energy campaigner at Greenpeace, who made the Freedom of Information request from Decc, said that the government has been acting as an arm of the industry.

“The government is supposed to represent the interests of the public when they deal with these companies, but the evidence is piling up that they’re all in it together.”

British Gas, which owns Centrica – a major player in the shale gas industry – has an executive working within Decc on secondment.

Officials have defended the revelations saying that such discussions were “right and proper”, reports The Guardian.

David Cameron, one of the government’s biggest supporters of fracking, has rejected EU proposals for binding rules for shale gas exploration. Earlier this week he also announced financial incentives for councils and local communities, slammed as bribes by opponents. The PM said the UK was going “all out for shale”.

Caroline Lucas, a Green Party MP, said the revelations were an example of the “creepily cozy” relationship between government and big energy companies.

"Apparently it’s not enough to give fracking companies generous tax breaks, the government also has to help them with their PR. Instead of cheerleading for fracking, the government should be working with community and renewable energy to move us towards a low carbon future,” she said.

Extraction by fracking involves pumping millions of gallons of water and chemicals into the ground, which creates excess hydro waste, which over time local residents worry will result in contamination of the water table.

Environmental protests have stalled exploration efforts across the UK.

The most recent protests were targeted against IGas, when demonstrators blocked access to a shale gas drilling site outside Manchester with a 1.5 ton wind turbine blade tied up with Christmas bow. A local activist group says the act is “symbolic” and the Britain should be pursuing more environmentally-friendly energy sources