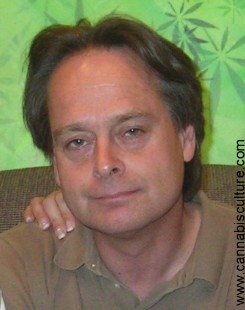 Some stand for freedom, others oppose it. Each brings us in a different direction. For those of us who enjoy our freedom we thank people like Marc who has a global vision of standards. The United states constitution was founded on common law jurisdiction. This is essentially a contract of protection for the people. The states of America have adapted the Uniform Commercial Code which governs international contracts of protection. The Uniform Commercial Code or UCC particular to 1-103.6 indicates statutory jurisdiction in Admiralty Courts such as the US courts must have standards in accordance with common law jurisdiction reserving rights and remedy there of. The ability to extort a person into a plea bargain is not merit to cause injury to Marcs life or take away the freedom from others lives that he generates living freely. Marcs actions have not hurt any one and there is no justification to injure many lives in this case. Marc amongst other things is to thank for bringing freedom of the press to Canada with the opening of his book store and petitioning of the public as true democracy makes possible. Marc is a patriot of every country and should be treated as such. To do anything else is of a criminal nature.

Marc Emery is a Canadian businessman and political activist who owned and operated Cannabis Culture Magazine, Pot-TV, the BC Marijuana Party, and Marc Emery’s Cannabis Culture Headquarters (previously the BCMP Bookstore, and HEMP BC before that.)
He was also the world’s most famous marijuana seed retailer and the biggest financial supporter of the marijuana movement world-wide until the US Drug Enforcement Administration and Canadian law enforcement arrested him in Canada and shut down Marc Emery Direct Seeds in July 2005.
Marc is currently imprisoned in Yazoo City medium-security prison in Yazoo City, Mississippi after being extradited on May 20th, 2010 by the Canadian government. He was sentenced on September 10th in Seattle federal court to 5 years in prison for "distribution of marijuana" seeds, though the US Drug Enforcement Administration admitted it was actually for his political activism and financing the marijuana movement (see below for that DEA document).

• Marc Emery is a Canadian citizen who never went to the USA as a seed seller.

• Marc Emery operated his seed business in Canada at all times, with no American branches or employees.

• Marc Emery declared his income from marijuana seed sales on his income tax, and paid over $580,000 to the Federal and Provincial governments from 1999 to 2005.

• Marc Emery is the leader of the British Columbia Marijuana Party, a registered political party that has regularly participated in elections.

• Marc Emery has never been arrested or convicted of manufacturing or distributing marijuana in Canada, as he only sold seeds.

• Marc Emery has been known as a book seller and activist in Canada for 30 years, fighting against censorship laws and other social issues long before he became a drug law reform activist.

• Marc Emery has been a media figure for 20 years with regards to marijuana and drug law reform. He is very well-known to Canadian, American and international news media organizations.

• Marc Emery operated his business in full transparency and honesty since its inception in 1994, even sending his marijuana seed catalogue inside his magazine "Cannabis Culture" to each Member of Parliament in Canada every two months for years.

Marc openly ran "Marc Emery Direct Marijuana Seeds" from a store in downtown Vancouver and through mail-order from 1994 to 2005, with the goal to fund anti-prohibition and pro-marijuana activists and organizations across North America and the world.
Marc always paid all provincial and federal taxes on his income and made no secret to anyone of his seed-selling business. Marc was raided by police for selling seeds and bongs in 1996 and again in 1997 and 1998, but despite the seizure of his stock by police, the Canadian courts sentenced Emery only to fines and no jail time.
Canadian police then pressured the American Drug Enforcement Administration (DEA) to launch a cross-border attack against Marc. They arranged to have him charged under America’s much more severe laws against seeds.
Marc was arrested in Canada by American agents in 2005, and originally faced a minimum 30-year sentence in the US, with the possibility of life behind bars. After years of legal efforts, and ensuring his two co-accused received no prison time, Marc made a plea-bargain for a five-year sentence in the US. Marc had originally secured a deal with US officials to serve his five-year sentence in Canada, but the Conservative Government of Canada refused to allow this, and forced him to be extradited to the US.
The US Drug Enforcement Administration admitted on the day of Marc Emery’s arrest that his investigation and extradition were politically motivated, designed to target the marijuana legalization efforts and organizations that Emery spearheaded and financed for over a decade.

His marijuana trade and propagandist marijuana magazine have generated nearly $5 million a year in profits that bolstered his trafficking efforts, but those have gone up in smoke today.

Emery and his organization had been designated as one of the Attorney General’s most wanted international drug trafficking organizational targets — one of only 46 in the world and the only one from Canada.

Hundreds of thousands of dollars of Emery’s illicit profits are known to have been channeled to marijuana legalization groups active in the United States and Canada. Drug legalization lobbyists now have one less pot of money to rely on."
On May 10th, 2010, Marc was ordered extradited by Justice Minister Rob Nicholson. He was taken to the USA on May 20th. Marc was forced to endure three weeks of complete solitary confinement for recording a "prison podcast" over the phone for release on the internet. You can listen to his 2009 "Prison Pot-casts" by clicking here.
Release and pardon Marc Emery

The above logo links to the Offical USMJParty.org website.

On July 29, 2005, Canadian police, acting on a request from the United States Drug Enforcement Administration (DEA), simultaneously raided the BC Marijuana Party Bookstore and Headquarters in Vancouver and arrested Emery for extradition to the United States outside a local storefront in the community of Lawrencetown, Nova Scotia where he was attending a HempFest.

The day of Emery’s arrest, American DEA Administrator Karen Tandy admitted reasons behind the arrest were politically motivated by releasing the following statement, which praised blows dealt to the legalization movement: Today’s DEA arrest of Marc Scott Emery, publisher of Cannabis Culture Magazine, and the founder of a marijuana legalization group — is a significant blow not only to the marijuana trafficking trade in the U.S. and Canada, but also to the marijuana legalization movement. His marijuana trade and propagandist marijuana magazine have generated nearly $5 million a year in profits that bolstered his trafficking efforts, but those have gone up in smoke today. Emery and his organization had been designated as one of the Attorney General’s most wanted international drug trafficking organizational targets — one of only 46 in the world and the only one from Canada. Hundreds of thousands of dollars of Emery’s illicit profits are known to have been channeled to marijuana legalization groups active in the United States and Canada. Drug legalization lobbyists now have one less pot of money to rely on.

Emery was freed on a $50,000 bail and prepared to fight extradition in the courts.

Emery and his two associates, all charged in the United States with drug and money laundering offences, each faced a minimum 10-year sentence and the possibility of life imprisonment if convicted there.

On January 14, 2008, Emery had agreed to a tentative plea-bargain with U.S. authorities. The terms of the agreement were a 5-year prison term to be served in both Canadian and U.S. prisons. In return, he demanded the charges against his friends Michelle Rainey and Greg Williams be dropped.

(An appeal court judge ruled on March 7, 2008 in a similar case that a one-month jail sentence and probation constituted an adequate sentence for the crime of marijuana seed selling in Canada. This could possibly have been used to Emery’s advantage in his fight against extradition.

On March 27, 2008 the plea-bargain deal collapsed because of the refusal of the Canadian Conservative government to approve its side of the arrangement.

In late 2008, an extradition hearing was scheduled for June, 2009. However, before those hearings Emery agreed to plead guilty to one charge of drug distribution and accept a five-year sentence in the USA.

On September 21, 2009, Emery entered his guilty plea, and on September 28, he was incarcerated in a British Columbia prison awaiting extradition to a US federal prison to serve the five year sentence. There is a 30 day appeal period before extradition.

Emery was granted bail on November 18, after seven weeks in the pre-trial centre, to await the Justice Minister’s decision on the extradition order.

While Emery was imprisoned, his supporters held a permanent vigil outside the prison with tents and banners for 45 days, ending when Emery was released on bail.

On September 10, 2010, Emery was sentenced to 5 years in prison minus time served.

Until April 2011 Emery was held by the Federal Bureau of Prisons at the D. Ray James Correctional Institution in Folkston, Georgia.

On April 20, 2011, Emery was transferred to Yazoo City Prison in Mississippi.

The United States Marijuana Party – is a motivated group of Americans who are tired of living in fear of their government because of marijuana prohibition. We are fed up with the intrusion into our personal lives, with urine testing at work and at school, with armed home invasions, and with the possibility of prison because of a plant. WE are Americans and WE do not piss in a cup for anyone!

WE feel it is time for the 20 million Americans who smoke marijuana on a regular basis to stop hiding their love for this plant and unite as one large body of voters to demand an end to the unconstitutional prohibition of marijuana and the drug war. The U.S. cannot lock up 20 million people.

The War on Drugs causes more harm than the drugs themselves ever will.

United WE are a potential 20 million vote political machine. WE want to live free and WE must be determined to stand up, be counted, demonstrate, rally, and write.

Waiting for the government to silence us all in the American prison system is not an option! Too many of our brethren are there, in prison right now.

More Americans are in jail today for marijuana offenses than at any previous time in American history. The war against marijuana is a genocidal war waged against us by a government determined to eradicate our plant, our culture, our freedom and our political rights.

Long before Loretta Nall campaigned on her cleavage, the activist’s cause was cannabis. The Alabama resident gained national attention during her 2006 gubernatorial campaign when she produced T-shirts with the caption “More of these boobs …” (with a photo of Nall in a low-cut shirt) “… And less of these boobs” (next to photos of her opponents). But the write-in candidate’s political roots date back to 2002, when a misdemeanor arrest for possession was the spark behind her forming the U.S. Marijuana Party (USMJP). The group — which demands “an end to the unconstitutional prohibition of marijuana” — has official party chapters in seven states, including Colorado, Illinois and Kentucky. While Nall left the USMJP to be a Libertarian Party governor nominee, the group continues to back candidates in local, state and national elections under the leadership of Richard Rawlings, who is currently running for Congress in Illinois.