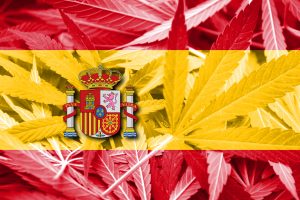 From March 10th through 12th, I was in Barcelona attending Spannabis. My firm’s Barcelona lawyers constantly get inquiries from serious international businesspeople wanting to start a cannabis social club or some other sort of cannabis business in Spain. And with more than 200 medical marijuana social clubs in Barcelona alone, I wanted to go there to meet with key industry players to learn more about what is going on with marijuana in Catalonia’s capital city and in the rest of Spain.

Barcelona and medical marijuana felt to me like some combination of California, Oregon, and Washington seven years ago. Namely, it feels like an unregulated, quasi-commercial gray market chock-full of “collective” non-profits and rotating patient members, unclear laws, and inconsistent enforcement of those laws. For a breakdown on the current medical marijuana laws in Spain and in Barcelona, go here. This unclear and pioneer atmosphere was also in full force at Spannabis, which was in many respects just like pretty much every other marijuana trade show/expo I’ve attended in the United States: light on serious education about marijuana laws and regulations and heavy on promoting marijuana consumption and on seeking to preserve the counter-culture. But with cannabis cups and consuming events dwindling in the U.S. from increasing state marijuana regulations, I would be remiss if I did not mention how the Spannabis fairgrounds managed to maintain a steady cloud of overhanging marijuana smoke from its more than 3,000 attendees who openly and consistently consumed despite the presence of law enforcement.

Spannabis had only a single panel on the legality and rules surrounding Barcelona’s (mostly medical) marijuana social clubs and the panelist gave little detail or explanation about the law that enables cannabis clubs to operate. That panel was made up of one criminal defense attorney telling attendees about the national and local government’s conflicting policy positions on health and law enforcement and the rights of individuals to consume cannabis for medical use. Needless to say, since our cannabis lawyers represent the business side, I didn’t find this panel very helpful. More importantly, this panel served as just another indication that Barcelona and Spain as a whole have just not yet really “arrived” yet as destinations for those seeking to form and operate a cannabis business fully compliant with local (in this case Barcelona), provincial (Catalonia), and federal (Spain) laws.

But as many in the industry there were quick and emphatic about telling me, the cannabis scene in Barcelona and in Spain is slowly maturing and slowly getting “more legal.” As we wrote just last week, the regional Parliament of Catalonia has proposed reforms in line with a 2014 initiative advocated by Regulacion Responsible in advance of the 2014 Spain national elections. The initiative’s aim was to create a framework for the national reform of cannabis laws to permit regions like Catalonia and cities like Barcelona to set their own cannabis policies. Though the 2016 legislative initiative stalled, it has recently reemerged and anticipation is building for a revised version of this bill that would mean increased regulation for legalized marijuana businesses on a regional basis. Given the inconsistent enforcement of current laws (within both Catalonia and Spain) and the lack of meaningful or comprehensive business regulations, such reforms cannot come soon enough to better protect and give more structure to those cultivating and distributing marijuana for and to patients. Patients would also benefit from such regulation as it would increase both transparency around the sourcing of cannabis products and cannabis quality assurance standards.

Even though marijuana social clubs in Spain exist in a risk-laden gray area, it’s clear that manufacturing and distributing CBD is a popular and, more importantly, legal practice in Spain and Barcelona (in contrast to the United States). Indeed, the majority of booths on the exhibitor floor at Spannabis focused on hemp seeds (there was even a company there from Humboldt County) and CBD-based products. Manufacturing and distributing cannabis paraphernalia or equipment used for consuming, cultivating, or handling are also legal and ancillary companies are alive and well in Barcelona, just like in most of the U.S. This is why foreign investors looking at Spain are mostly focusing on financing, starting, managing, or assisting ancillary companies and not so much on marijuana social clubs, all of which are non-profit because of existing laws prohibiting commercial “trafficking.” The Arcview Group (well-known for angel investments in ancillary marijuana businesses) held an investor meeting in Barcelona for the first time last week.

Barcelona’s medical marijuana marketplace remains immature and risky (these were the words used by many of those with whom I spoke while I was in Spain), but it no doubt has tremendous potential. Once local governments in Spain are given the freedom (and they might soon) to take the reins on cannabis regulation and to create a better business atmosphere for cultivators, manufacturers, and distributors, Barcelona will no doubt quickly become a major marijuana city in terms of popularity, investment, and access. 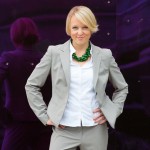 Hilary Bricken is an attorney at Harris Bricken, PLLC in Seattle, and she chairs the firm’s Canna Law Group. Her practice consists of representing marijuana businesses of all sizes in multiple states on matters relating to licensing, corporate formation and contracts, commercial litigation, and intellectual property. Named one of the 100 most influential people in the cannabis industry in 2014, Hilary is also lead editor of the Canna Law Blog. You can reach her by email at hilary@harrisbricken.com.