Canadian cannabis companies are whipping around after report says workers may face lifetime travel ban to US (TLRY, CGC, CRON) Canadian cannabis companies are whipping around Friday morning, tumbling as much as 15% before paring their losses, following a report suggesting workers may face a lifetime ban on travel to the US.

A Politico report published after markets closed on Thursday, citing a senior official overseeing US border operations, said any Canadian working in the marijuana industry would not be permitted to enter the US. “If you work for the industry, that is grounds for inadmissibility,” Todd Owen, the executive assistant commissioner for the US Customs and Border Protection’s Office of Field Operations, told Politico.

Canada’s marijuana industry has seen valuations balloon in recent months. Tilray, for example, has seen its share price skyrocket by more than 600% since it went public in July.

The huge growth in the industry has sparked the interest of institutional and retail investors alike and has led to investments from the competing alcoholic-beverage industry. Back in August, Constellation Brands, the company behind Corona beer and Svedka vodka, announced it was investing another $4 billion in Canopy Growth, which raised its stake to 38%.

The recent interest in the space has caught the attention of the US Securities and Exchange Commission. Just last week, the SEC warned investors to watch out for promises of guaranteed returns, unregistered sellers, or unsolicited offers in marijuana names.

“If you are thinking about investing in a marijuana-related company, you should beware of the risks of investment fraud and market manipulation,” the SEC said.

“Fraudsters may try to use media coverage about the legalization of marijuana to promote an investment scam.”

When Gerardo Serrano took photos of a border crossing on September 21, 2015, he had no idea he would soon be handcuffed, thrown into a detention cell and see his truck seized by government agents that very same day. During his ordeal, when Gerardo protested how his rights were being violated, one agent bluntly responded that he was “sick of hearing about your rights…you have no rights here.”

Two years later, Gerardo still has not recovered his truck or even had his day in court to challenge the seizure. Nor has he been charged with any crime.

But this scene, straight from an authoritarian nightmare, didn’t play out in Syria or Venezuela. Gerardo’s Ford F-250 was seized by U.S. Customs and Border Protection agents in Eagle Pass, Texas. 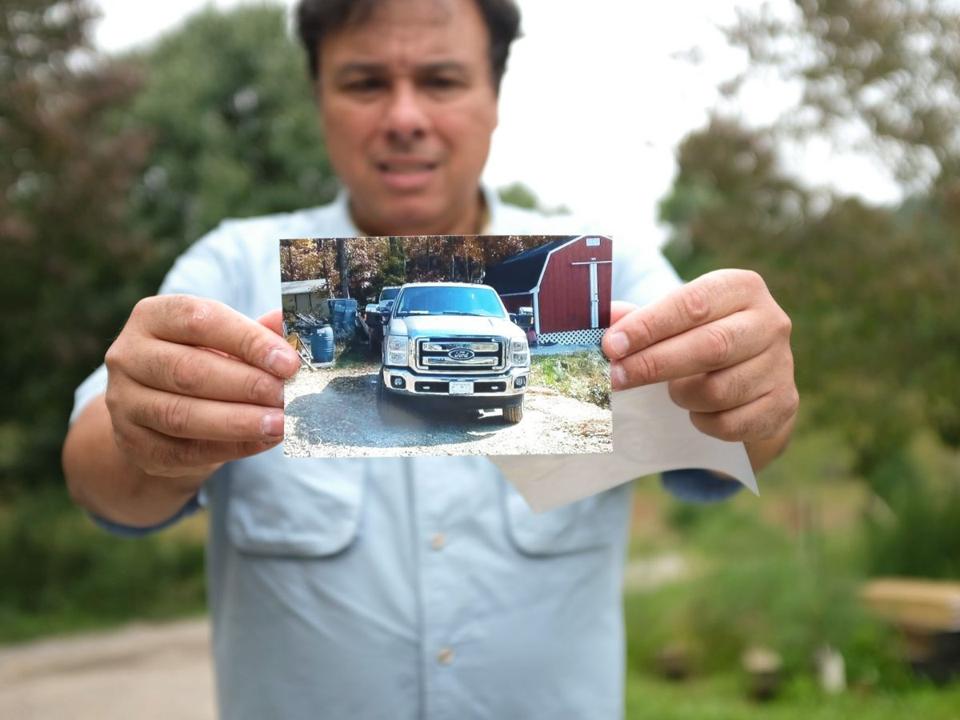 Thanks to the nation’s civil forfeiture laws, law enforcement agencies can seize—and keep—property, even if the owner is never convicted or indicted. Determined to vindicate his rights, Gerardo joined with the Institute for Justice and filed a class-action lawsuit against the CBP on behalf of other car owners.

What happened to Gerardo is not an isolated incident. At just four border crossings in Texas, CBP agents seized 525 vehicles from American citizens and lawful residents in 2015. A victory in Gerardo’s case would mean restoring due-process rights for hundreds, if not thousands, of other car owners nationwide.

“Of course I want my truck back, but that’s not why I’m filing this lawsuit,” Gerardo said. “I’m doing this for my children and the thousands of other Americans who should never have to go through what I’ve gone through.”

Almost two years ago, Gerardo was driving down to meet his cousin, who lives right across the border in Piedra Nagras, Mexico. Although members of his family are Mexican, Gerardo is an American citizen, who now owns a farm in the Kentucky countryside. Ever the consummate entrepreneur, Gerardo also wanted to discuss plans to bring his cousin’s solar panel business stateside.

When he reached the border crossing in Eagle Pass, Texas, Gerardo decided to snap some pictures with his iPhone to post on Facebook. Two CBP agents quickly stopped his truck and forced him out, before handcuffing Gerardo and demanding that he unlock his phone.

Meanwhile, other agents searched his car. Inside, they found five 0.380 caliber bullets and a SIG Sauer magazine of the same caliber. Based solely on those bullets and magazine, the CBP seized the vehicle. The agency would later claim that the truck was transporting “munitions of war” and had to be forfeited.

But Gerardo is a lawful gun owner, not a weapons smuggler. Gerardo has a concealed-carry permit from Kentucky, which has reciprocity for Texas and the other states he drove through on his trip.