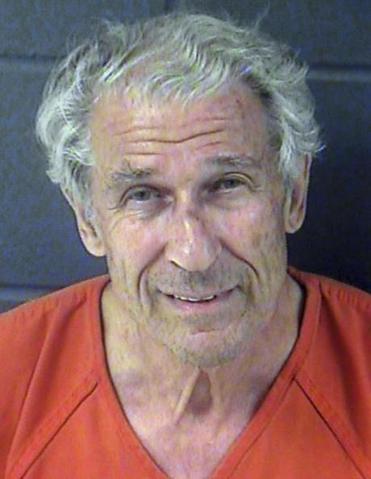 He owned houses in Massachusetts, Colorado, and Arizona, had $11 million stashed in a North Reading storage facility, and once crawled away from a plane crash in Wisconsin as thousands of dollars in cash (suspected drug profits) floated through the air around him.

But his dramatic exploits came to an end Thursday, when 80-year-old Marshall Herbert Dion, wearing tan prison clothing, shuffled to the witness stand to plead guilty to running a massive marijuana-dealing and money-laundering operation.

Under a plea agreement with federal prosecutors, Dion could serve 5 to 7 years in federal prison, ending a lucrative criminal career that spanned decades until a chance traffic stop in Kansas.

“Over the course of the conspiracy . . . he had sold approximately 3,000 to 10,000 kilograms of marijuana,” Assistant US Attorney Leah Foley said during a brief court hearing.

Dion’s lawyer, Hank Brennan, said later that “Mr. Dion has embraced his responsibility and is looking forward to the next chapter in his life.”

Dion’s unraveling began during a traffic stop in Junction City, Kan., in June 2013, when a police officer pulled him over for driving 80 in a 75 m.p.h. zone. During the stop, the officer searched Dion’s beat-up pickup truck and found nearly $850,000 in cash.

The discovery sparked a federal investigation that ultimately led to the discovery of $2 million in a bank account, another $880,000 in an Arizona building, and the storage facility in North Reading, where authorities found 395 pounds of marijuana and $11 million in cash.

Foley told US District Judge Denise Casper that authorities found travel logs that indicate Dion had sold more than 3,000 kilograms of marijuana — and possibly as many as 10,000 kilograms — dating back to 1992.

Dion’s decision to plead guilty Thursday caps a lengthy criminal career. He was convicted in Massachusetts in the late 1980s of drug trafficking after authorities in Boston found about 180 pounds of marijuana in a 1986 Chrysler sedan. Police later found 101 pounds of marijuana stashed in a commercial storage building in Lynnfield.

A Boston police spokesman told the Globe at the time that “apparently he has houses all over New England. He’s a major operator, there’s no question.”

After the plane crash in Wisconsin in 1985, Dion was found crawling through a muddy field, though he denied that the $112,000 in cash found inside the plane and floating through the air was his.

For Dion’s latest exploits, Casper could sentence him to prison for a term ranging from 60 to 87 months for conspiracy to deal marijuana, possession with intent to deal marijuana, and money laundering, under the deal he reached with prosecutors. He had faced a minimum mandatory sentence of 10 years in prison if he had been convicted in a trial. He is scheduled to be sentenced Feb. 11.

Under the plea agreement, however, Dion’s conviction and guilty plea would be vacated if he is successful in an appeal he is pursuing before a higher court. That appeal is based on what he calls an unconstitutional search of his truck after the traffic stop in Kansas.

Dion told Casper that he agreed with everything Foley said about him in court Thursday except two things: That the Kansas officer had a reason to stop him for speeding, and that he consented to the search of the truck.

“There’s no way the officer could have known if I was speeding, even if I was, which I wasn’t,” Dion said.

Then he added, “There’s no way I would have agreed to a search of my property.”

It appears that several federal prisons will be allowing thousands of prisoners, who have committed non-violet crimes, free due to efforts to reduce long prison sentences given to drug offenders Another issue the Obama Administration and U.S. Sentencing Commission are trying to solve is jail overcrowding. This will be one of the largest one-time early releases from federal prisons ever recorded in the U.S.

The Department of Justice today confirmed that the doors of federal prisons all over the country will swing open for an estimated 6,000 drug offenders at the end of this month.

It is the largest-ever one-time early release of federal prisoners, and it comes as a result of U.S. Sentencing Commission and Obama Administration efforts to reduce long prison sentences given to drug offenders. It is also part of an effort to cut down jail overcrowding.

It is not just non-violent offenders who are getting their freedom, a Justice Department spokesman said — some of those being released have been convicted of violent crime, along with drug crimes.

But the vast majority are non-violent offenders, officials said. And the sentence reductions were not for the violent portion of offenders’ sentences.

However, all of the prisoners who petitioned for release had to have a public safety determination made by a judge.

The judge could elect to release the prisoner, or to keep him or her locked-up.

About one-third of the prisoners to be released between Oct. 30 and Nov. 2 are non-citizens, the Department of Justice said, and they will be turned over to Immigration and Customs officials for deportation.

Most of the former prisoners who are released into the community will still be supervised through a halfway house or home confinement, according to Justice Department officials.

Yates also emphasized that even with these sentence reductions, the drug offenders in question have served substantial sentences. On average, according to DOJ, each inmate has already served 8.5 years of a 10 year sentence.

A similar program was undertaken in 2007 when inmates were released for sentences for crack were deemed too harsh.