America’s wasted more than $1 trillion on demonizing drugs, many of which, like weed, have real medical benefits 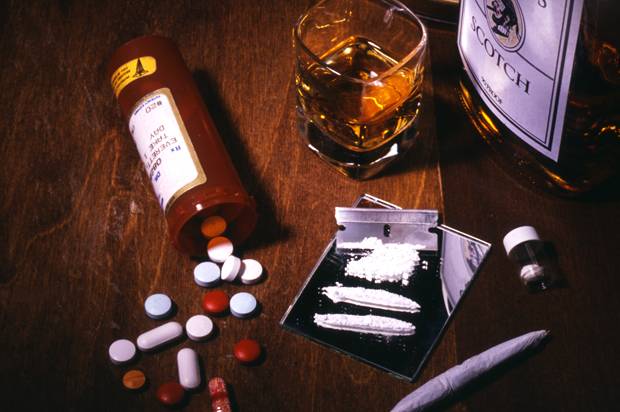 On Election Day, my home state of California voted to legalize recreational cannabis, as did Massachusetts, Maine and Nevada. So the 2016 elections represented a substantial victory for the legalization movement, which has managed to pass referendums in seven states. With 57 percent of the country now supporting marijuana legalization, according to Pew, it seems likely there will be a nationwide victory sometime in the next few years. However, the War on Drugs is far from over.

Even if marijuana is legalized throughout the United States, there will still be numerous drugs in this country that remain very much illegal, and Americans will suffer because of this. Drugs like psilocybin mushrooms, LSD and MDMA have all demonstrated great potential when it comes to medical benefits, and shown little potential for harm. Still, the idea of legalizing those drugs any time soon seems as likely as Donald Trump hosting a quinceañera.

“LSD, psilocybin and MDMA, when combined with psychotherapy, have tremendous medical potential for treating psychiatric illnesses in people for whom other treatments have failed,” Rick Doblin, founder and executive director of the Multidisciplinary Association for Psychedelic Studies (MAPS), told me in an email. “These psychedelic drugs need to be legalized, both through scientific drug development studies designed to obtain FDA approval for prescription use and through political means so that they are legalized for non-medical purposes like personal growth, spirituality, couples therapy, creativity, innovation, and celebratory experiences.”

Researchers in Switzerland found in 2014 that LSD can be helpful for patients dealing with end-of-life anxiety related to a terminal illness. The same sort of conclusion has been drawn for psilocybin. Psilocybin has also proven useful for treating severe depression. MDMA has shown great promise for treating PTSD, when used alongside psychotherapy. All of the drugs remain illegal in the United States, and there has been little effort to change that.

Let’s not stop there, though. The War on Drugs has cost America well over $1 trillion since it began under Richard Nixon. This war has been the main cause of our country’s mass incarceration problem. As it is often noted, we have 5 percent of the world’s population and roughly 25 percent of its prisoners. You cannot have a War on Drugs, you can only have a war on people. As Gore Vidal famously used to say of the War on Terror, you cannot have a war on a noun, as that is like saying you’re at war with dandruff. Too many can’t get jobs because of criminal records or lose decades of their lives over small offenses.

We must legalize all drugs. You cannot regulate a drug that is not legal, and you cannot stop addiction by throwing citizens in cages and putting in no effort to rehabilitate them. I am not arguing for the selling of meth and heroin at your local Target store, but I am arguing for a scenario where you are not put in cuffs for having one of those drugs in your pocket.

Portugal decriminalized all drugs nearly decades ago, and the country has not spiraled into hellfire and cannibalism. In fact, drug use decreased, drug-related deaths went down and the instances of HIV infections decreased severely. Of course, the country also initiated harm-reduction programs and invested in reducing addiction, but it appears decriminalizing the drugs didn’t turn every corner into a wanton cocaine party. Perhaps we could learn from this example.

Thanks to abuse of prescription painkillers, this country faces a widespread opioid crisis — and all those drugs are legal. While we divvied out legal pills that people didn’t really need to fill the pockets of greedheads, as Hunter S. Thompson called them, we locked up people using a different version of the same drugs. Many who got addicted to painkillers while on prescription turned to heroin when they couldn’t be prescribed them any more or couldn’t afford them. The whole system is toxic.

I’m calling for a true legalization movement. No longer should lives be ruined because of some minor drug experimentation or because a citizen who needed to make an extra buck sold some substances to a willing buyer. The legalization of marijuana will be a milestone, especially since it’s the most popular drug out there, but we cannot stop there. We should murder the War on Drugs and burn its cadaver. This “war” has been one of the biggest policy failures in American history, and we’ve known this for quite some time. Let’s grow up and move forward. We cannot call ourselves the land of the free when we represent the land of the detained.