The USMjParty Websites currently operate as a News, Information, Sharing and Opinion Sites, focusing on Cannabis and other Political Issues!
Skip to content 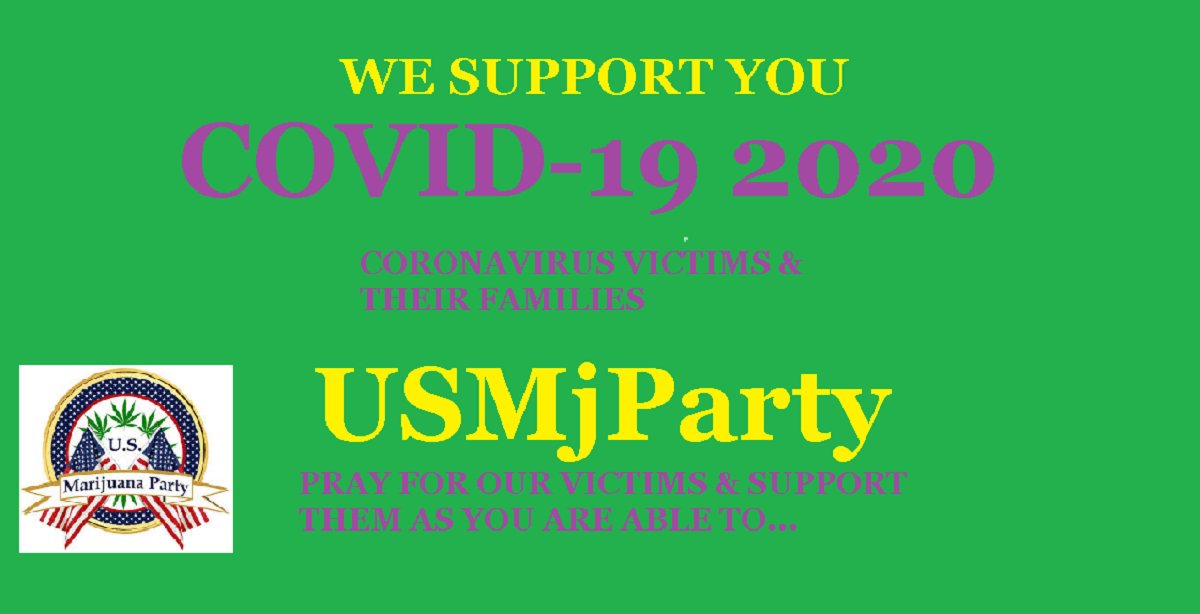 The Wall Street Journal: The Trump-Russia Showdown Over Oil.
https://t.co/A6VriT0QtF

The USMjParty began in 2002 by Loretta Nall until 2004,Richard J. Rawlings 2004-2011, Sheree Krider 2011-current (Organizer),"Wayward" Bill Chengelis 2011-current (Head Chair) The United States Marijuana Party - is a motivated group of Americans who are tired of living in fear of their government because of marijuana prohibition. We are fed up with the intrusion into our personal lives, with urine testing at work and at school, with armed home invasions, and with the possibility of prison because of a plant. WE are Americans and WE do not piss in a cup for anyone! WE feel it is time for the 20 million Americans who smoke marijuana on a regular basis to stop hiding their love for this plant and unite as one large body of voters to demand an end to the unconstitutional prohibition of marijuana and the drug war. The U.S. cannot lock up 20 million people. The War on Drugs causes more harm than the drugs themselves ever will. United WE are a potential 20 million vote political machine. WE want to live free and WE must be determined to stand up, be counted, demonstrate, rally, and write. Waiting for the government to silence us all in the American prison system is not an option! Too many of our brethren are there, in prison right now. More Americans are in jail today for marijuana offenses than at any previous time in American history. The war against marijuana is a genocidal war waged against us by a government determined to eradicate our plant, our culture, our freedom and our political rights.

U.S. Marijuana Party
And the District's thriving gray market is stepping in.

U.S. Marijuana Party
The Treasury Department and IRS announced that distribution of economic impact payments will begin in the next three weeks and will be distributed automatically, with no action required for most people.

IRS Gives Stimulus Check Distribution Details, Says Payments To Begin Within Three Weeks
The Treasury Department and IRS announced that distribution of economic impact payments will begin in the next three weeks and will be distributed automatically, with no action required for most people.
forbes.com
View on Facebook

U.S. Marijuana Party
Despite high demand, however, not all states that have ordered business closures because of the virus outbreak are allowing legal marijuana businesses to continue to serve.

Marijuana and Coronavirus: Is it an 'Essential Business?' Some States Say Yes
With the coronavirus pandemic spreading rapidly across the country, millions of Americans are being told by state and county officials to take refuge at home, and only venture out to get things they really need. Groceries, naturally. Prescription drugs, of course. Gas for the car. Urgent medical car...
flip.it
View on Facebook

U.S. Marijuana Party
Looks like marijuana is “essential” in Michigan. Gov. Gretchen Whitmer on Monday required all non-essential businesses to close as part of a stay-at-home order to...

Michigan's marijuana industry is deemed 'essential' during coronavirus outbreak
Looks like marijuana is “essential” in Michigan. Gov. Gretchen Whitmer on Monday required all non-essential businesses to close as part of a stay-at-home order to...
metrotimes.com
4    View on Facebook